Sunflowers, A Gift From Mexico

Central Square Florist is celebrating National Hispanic Heritage Month by shining the spotlight on the floral contributions of Latin America. From September 15 to October 15, the U.S. honors the rich cultures of Spain, the Caribbean, the Americas and Mexico. And it’s one bright flower in particular from the latter that we’re celebrating today. To say that our lives wouldn’t be the same without this bloom is an understatement, and we have Mexico to thank for it.

The sunflower has been around since ancient times, when it was left as an offering at Mexican temples (seed remnants have been found in Mexico City) and later adopted by the Aztecs as an important symbol of war. The sunflower was eventually harvested elsewhere, but the common one we think of–big, bright and yellow with a brown center–has its roots in Mexico, where it was bred for its beauty and also utilized for its medicinal properties and used as food. 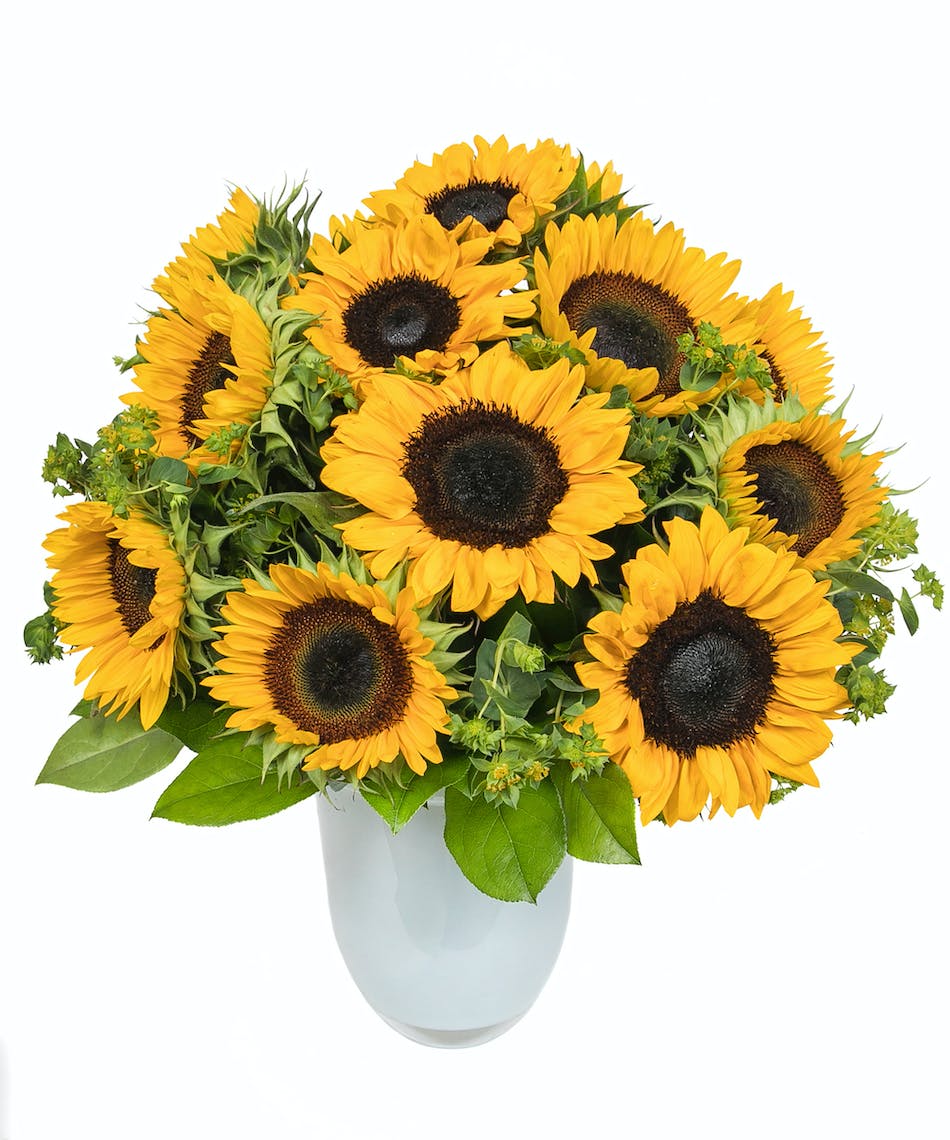 Today, we may prefer our Sunflowers In White Glass Vase, poised in the kitchen or cheering up the dining room. We’re ever thankful to Mexico for giving us this stunning flower, which has the distinction of perking up the mood of any person who spends time around it. We grow it in our gardens, we love it in a mixed design, we’d carry it home by the armloads if we could. Spend some time this month feeling grateful for the rich gifts the Latin American world has given us.